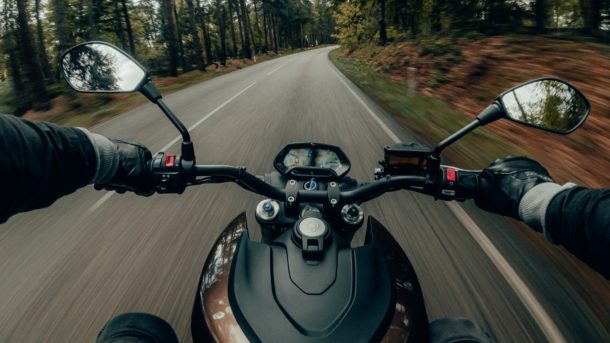 Creating amazing POV shots with today’s camera technology is easier than ever before – but that doesn’t mean it’s effortless. Not by any stretch of the imagination.

Of course, things become a whole lot easier when you are shooting POV content when you have the right camera setup. From our point of view (and from the point of view of the folks at Tilburg University) you need a camera that can convincingly reproduce the POV an audience would expect if you’re looking to crank up the emotional engagement.

Well, lots of cameras promise the moon and the stars when it comes to POV capabilities. But none deliver the way that the Insta360 Go and the GoPro Hero 10 do.

Here’s our breakdown of these two amazing “adventure cameras,” specifically focusing on how they handle POV content.

GoPro Hero cameras have enjoyed an almost legendary reputation when it comes to their design, not just from a hardware standpoint (these things are nearly bombproof) but from a usability standpoint, too.

The Hero 10 is no exception.

Well-made (featuring only high-quality construction components, including shockproof camera sensors and the ability to shoot in 4K video even while getting shaken, rattled, and rolled), you never have to worry about this camera falling apart.

The Insta360 Go camera is also very well-made with some smart design choices, but the fact that the engineers somehow squeezed all of this technology into the smallest stabilized camera footprint (creating a camera about the size of a AA battery) is almost unbelievable.

Sure, the GoPro Hero 10 is plenty compact – but it isn’t battery sized.

The GoPro gets a slight edge when it comes to actual video capabilities, if only because it is able to shoot in full 4K at 120 frames per second.

The Insta360 Go isn’t quite able to match that same stunning HD output.

Still, the Insta360 Go is no slouch. Not by any measure.

This is a camera that shoots in 1080p at 25 frames per second (HD but maybe not UHD) – and once again we have to bring up the fact that it’s about the size of a AA battery.

Both of these cameras feature some pretty next-generation stabilization technology to make sure that your high-definition footage isn’t going to cause anybody severe headaches or motion sickness.

GoPro has always had fantastic luck with their proprietary stabilization systems, but the Insta360 Go features some pretty fancy image stabilization “under the hood”, too.

This is a wash between them.

As far as capabilities for shooting in true POV perspective, though, the Insta360 Go is capable of so much more than what the GoPro can pull off.

That shouldn’t surprise anyone, though, when you factor in the almost sneaky size and form factor of the Insta360 Go.

The GoPro can be mounted in a variety of different ways, and with all kinds of different hardware, to get an “almost” authentic POV perspective.

Because it is a little bit on the bigger and clunkier side, though, you’ll never get that true POV perspective. Instead, you end up with something that lands you in the “Uncanny Valley.”

The Insta360 Go doesn’t suffer from those problems.

It can be mounted I level just by attaching it to a pair of sunglasses frames (or something similar) without ever being obtrusive or getting in the way. That’s a game changer.

At the end of the day, you really can’t go wrong with either of these two cameras.

In fact, setting up the Insta360 Go vs GoPro Hero 10 cameras feels a little bit disingenuous. These are two top-tier pieces of technology capable of incredible video capture results – provided you are using them to the best of their specific abilities.

When you get right down to it, though, every Insta360 Go review makes mention of the compact form factor and the ability to get true POV perspective shots from this foolishly small device.

Both get the nod (from our perspective, anyway) for those that want to capture real POV footage in at least 1080p HD.