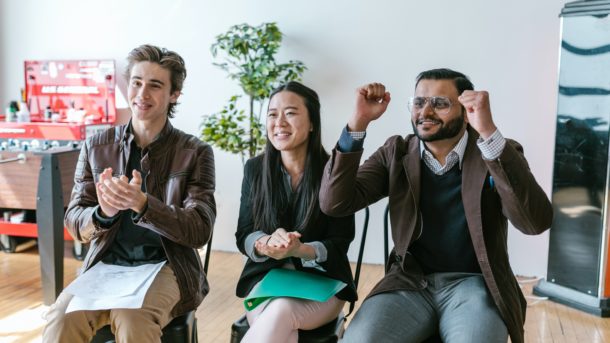 Crowdfunding can do almost anything these days, from paying medical bills to helping a talented artist follow their dreams. One of our favorite ways crowdfunding has been used is for filmmaking; some of these projects would have been doomed to failure without it.

If you’re curious about our funded films, you can view them here. We also showcase films from any artist that wants to submit – see them here.

Below, we have the top 10 successfully crowdfunded films, containing a stunning variety of genres and subjects, as well as 3 of the most impressive runner-ups. Enjoy!

While these crowdfunded films didn’t quite make the top 10, we couldn’t let them go unmentioned.

Hysterical martial arts spoof comedy Kung Fury was written and directed by David Sandberg, and while it wasn’t entirely crowdfunded, the public came to the filmmaker’s aid to finish the film up. Kung Fury, the story of a martial artist going back in time to kill Adolf Hitler, is now a beloved cult classic.

Where to Watch: Shudder

A single mother must deal with her out-of-control child and the supposed ghost haunting her house in the Babadook, a film that raised a little over $30,000 through crowdfunding to add in and polish the special effects before release.

White Reindeer is a dark Christmas comedy about a widow facing a tragedy while she tries to navigate the holiday season. It was written and directed by Zach Clark in 2013, and used crowdfunding to finish the project.

Here are the highest grossing crowdfunded film projects we could find:

Where to Watch: Hulu

After being unceremoniously dropped by The CW, director Rob Thomas and star Kristen Bell started crowdfunding for a feature film to end the series in the right way. To everyone’s surprise, the Veronica Mars film became one of Kickstarter’s biggest successes of all time.

2. Project Bring Back Reading Rainbow for Every Child, Everywhere

This one is less of a film in a traditional sense – but a worthy cause nontheless. They had a single goal: Bring Reading Rainbow’s library of interactive books & video field trips to more platforms & provide free access to classrooms in need!

It tugged on the heartstrings of everyone that had grown up with Reading Rainbow, eventually raising almost $5.5 million dollars and bringing Reading Rainbow back to the masses.

Where to Watch: Disney+

Super Troopers 2 joins the beloved and hilarious cast of the first film as they work within a Canadian town currently switching over to be part of the US. The first film was popular for its crass but engaging humor, which is why it was so easy for the second film to raise such a large amount through crowdfunding.

Where to Watch: Netflix

Wish I Was Here finds Zach Braff playing a struggling actor and father who is trying to navigate raising and educating his children during a time of personal hardship. Braff gained popularity through the hit show Scrubs, and his fans were more than happy to help fund this new venture.

Where to Watch: JustWatch

Jarring and horrifying, Gosnell tells the story of abortionist Kermit Gosnell and his trial and conviction relating to the illegal late-term abortions he provided.

Star character of TV’s Blue Mountain State, Thad, must struggle through becoming a NFL quarterback while also keeping his beloved college team house from getting shut down.

A gorgeous stop-motion film about an inspirational speaker who is shaken out of his boring life by the appearance of a beautiful woman, Anomalisa is the only animated film on our list.

Where to Watch: Vudu

A group of friends stumbles across an alien crash site, and in the process, finds themselves in the unbelievable position of having to save the world. This sci-fi comedy comes to us from videogame steamers Rooster Teeth.

Where to Watch: Angel Studios

Considered the biggest crowdfunded project ever, The Chosen is actually a series instead of a movie, putting it lower on our list of films. This realistic take on the early life of Jesus Christ caught the attention of millions as a trailer on YoutTube, thus enabling it to crowdfund such a large amount of money.

10. Growing Back To Nature

Growing Back to Nature is a beautiful documentary series about people who are changing their lives in significant ways to reconnect with nature and the Earth itself. This series was produced independently, and aims to show the world the beauty of living in harmony with the wild.

Crowdfunding is a lucrative, if sometimes overwhelming, way to get a film funded that otherwise might not have had a chance. If you don’t want to turn to crowdfunding, why not try another route, like The Film Fund and their one-sentence pitch contests?

If you don’t want to worry about the headache that is funding your dream film, you can enter one of The Film Fund’s contests and snag the funding you need that might otherwise be out of reach!