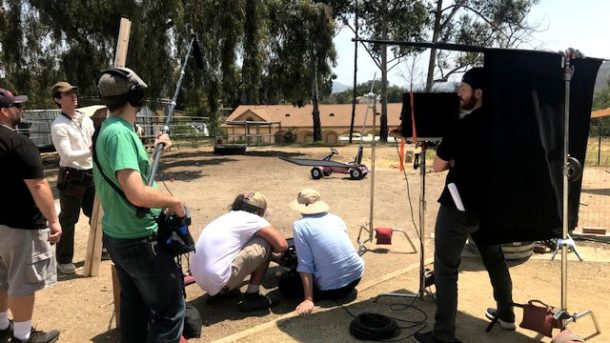 There’s a major storm brewing in the entertainment world right now, one that is getting a lot less talk in the mainstream than most would expect.

The International Alliance of Theatrical Stage Employees (IATSE) union is threatening to strike. This decision could shut down the entertainment world at any moment.

While a tentative middle ground has been brokered between the IATSE union and the Alliance of Motion Picture and Television Producers, it’s not yet clear if this peace can last.

If the strike does move forward, more than 60,000 employees essential to the production of everything from blockbuster films to daily TV shows and indie productions will come screaming to a halt.

Let’s run through the potential fallout from this strike and how it could affect the entertainment world at large.

What Does the IATSE Union Want?

The potential strike stems from negotiations broken down between the IATSE and the AMPTP.

IATSE has been well respected by the AMPTP. Members would like to see a significant bump to the kinds of IATSE benefits they’ve been promised in the past.

Right now, some complaints of the IATSE are:

The IATSE reps point out that the demand for new media work is at an all-time high. However, the pay scale hasn’t been adjusted to meet the demand. They also want a number of IATSE benefits to be “cemented in stone” – including a minimum break of 10 hours between workdays and between different projects.

Potential Fallout from an IATSE Strike

As of right now, the IATSE and AMPTP are at least talking to one another.

Both recognize that a strike would be incredibly harmful to the entertainment business at large, especially right now. Shutting down productions while this business is coming out of the COVID shutdowns would slam the breaks on an industry that is just getting back on its feet.

It could even be a knockout blow of some of the biggest studios in the world, but especially for smaller indie operations that don’t have the financial backing necessary to mount another large-scale comeback.

If the strike was to move forward and the currently brokered extension for negotiations fell apart, tens of thousands of IATSE members would walk off the job. Current productions would cease immediately, with filming delayed indefinitely until a new arrangement could be put in place.

Non-union workers wouldn’t be able to fill the thousands and thousands of positions that would be necessary to keep things rolling smoothly, either. There would be mass shutdowns, especially if non-union workers avoid taking on these emergency projects to avoid being called scabs (or maintaining solidarity with their union tradespeople).

A strike like this could take weeks, months, or longer to resolve.

At the end of the day, the IATSE union deciding to strike would upend the entertainment world in ways that only COVID has in the past.

Hopefully, it won’t come to that, though.

The IATSE has never gone on strike, and members have no real wish to do so right now. They know how much this decision would cripple the industry, especially indie filmmakers that are caught in a crossfire between the big production houses and the union itself.