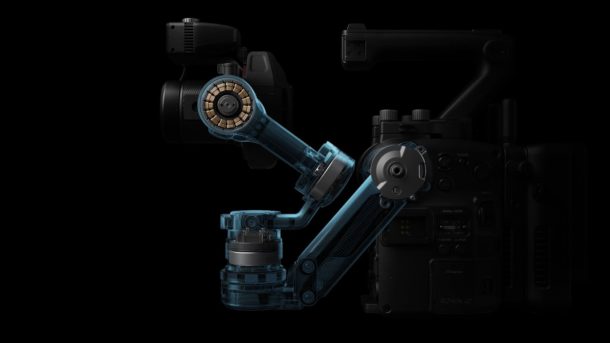 Here’s a new camera system being talked about in glowing terms around Hollywood, but the manufacturer of it might surprise you.

It’s certainly surprising people in the entertainment industry – but they can’t wait to get their hands on it all the same!

World-famous drone company DJI has recently unveiled that they are getting into the movie-making business with an 8K video camera unlike anything else on the market right now.

Let’s talk a little more about what some are calling the best camera for documentary filmmakers has to offer!

DJI is not in the camera-making business.

This is a drone company through and through – or at least it used to be – which is why so many were stunned when DJI announced the Ronin 4D.

Designed to offer 8K video capture capabilities combined with other stabilization and special detection systems pioneered for drone use, this camera is already the talk of the town all over Hollywood (and beyond).

For starters, the Ronin 4D is one of a handful of 8K camera options out there that doesn’t come with a midsized SUV price point.

DJI has found a way to shoehorn in some really amazing video capture tech without breaking the budget of indie filmmakers.

This is going to be huge for smaller productions that want to roll out top-quality cameras – especially Netflix-approved cameras, so they can cash in on the streaming media gold rush going on right now.

The heartbeat of this 8K video camera is the Zenmuse X9, a full-frame camera system designed and developed in-house at DJI. It accepts all DJI DL and Leica M System lenses, but can be configured with tons of other glass choices with some really cool (and affordable) adapters.

Filmmakers can shoot in RAW or 422HQ, can leverage nine full ND filters, and will have zero problems shooting at 75FPS.

A lot of people in the filmmaking world are talking about the ability to shoot in 8K with this camera, but there’s also a lot of chatter about the 4D gimbal system built into the Ronin, too.

This gimbal setup works across four different axis (hence the name), helping to eliminate camera shake, camera bump, and other stabilization issues. This gimbal has been fully informed from all the R;D that DJI has done for years with their drone programs – and in practice is works flawlessly!

With the incredible 8K video capture capabilities and the built-in four-axis gimbal, the Ronin 4D from DJI is already becoming an indie filmmaker’s dream setup.

But when you add in the new LIDAR based rangefinder solution it just takes pent-up demand for this camera to the next level!

The LIDAR system is sleek and compact (weighing in at just 88g) and is clearly borrowed tech from the DJI drone lineup. This slimline system offers some of the most accurate LIDAR range finding tech in a filmmaker camera, though, guaranteeing that every shot is perfectly in focus.

A Leap Forward for Hollywood and Filmmakers Everywhere!

At the end of the day, every new advancement in the world of cinema camera technology pushes the entertainment world further and further into the future.

DJI getting into the mix is exciting all on its own. This is a very forward-thinking operation, looking to leverage cutting-edge tech as much as possible.

The fact that the new Ronin 4D is so special is a bit of a surprise – but a pleasant one for sure. Indie filmmakers all over the world are drooling about the possibilities this new setup makes possible!