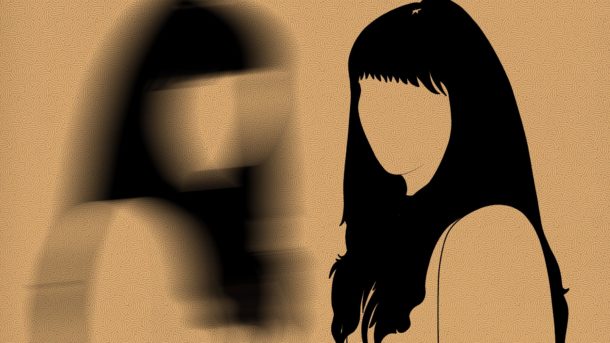 Adapted from a novel, Where Monsters Lurk exposes us to the true horrors of untreated mental illness.

Adapted from a novel, this psychological film shows the true horror of untreated mental illness.

“The monster leers at me with dull, sunken eyes, its mouth agape and spittle smeared across its chin.”

A short story about the horrors of untreated mental illness, Ellie Scott’s Where Monsters Lurk is a window into a battered soul. Kelly (Harmony Zhang) is tormented by inner demons. She’s wholly alone, in a cramped apartment, self-medicating to get through the day.

Where Monsters Lurk is based on a short story published by Ellie Scott, a UK based copywriter.

The film adaptation drags the ugly face of mental illness into the light, literally. By giving an ‘inner demon’ a physical, tangible presence, by giving voice to the daggers of intrusive thoughts and self loathing, Where Monsters Lurk shows just how scary mental illness can be.

Beth Ashby, the director of the film, was introduced to the story by Lindy Stokes, the films producer. Lindy, who’s one of our previous winners, acquired the rights to the original story after pitching it to Ellie Scott in 2019.

If you’d like to learn more about Lindy Stokes, we completed an interview with her. Read it here.

Struggles and the pitch

Shooting this film wasn’t easy; originally it was scheduled to shoot in March of 2020. As the first wave of Covid-19 sent the world into lockdowns, the film had to be reworked to be able to shoot during strict, worldwide quarantines.

“Everybody dedicated themselves to making this very different structure work, and I’m frankly astonished with how much we accomplished in the two weeks we had to build and shoot the short. “

The film was set in a cluttered apartment, which was built from scratch on a soundstage. Limited to 10 people on site at a time, the entire set was built in six 8-hour days. This safety limit imposed additional challenges when filming, as the entire cast, crew, and support staff were required to stay under this limit.

Lindy applied to The Film Fund in 2021, and say the extra funding made all the difference:

“The Film Fund prize made a huge impact…Without it, we wouldn’t have had the funds to build the incredible set that our 8 person build crew put together.

If you aren’t aware, The Film Fund offers seasonal film funding contests for filmmakers in all genres and films of all sizes. What makes us special? While most funding competitions require a full script, we only need a sentence.

Want to learn more about our funding contests? Check out our contests page.

Where Monsters Lurk is a horror short about a depressed woman and the monster in her mirror who haunts her, and this funding will help us create the unsettling apartment she has trapped herself in.

Why our judges loved it:

Short, sweet, and compelling. Without telling us anything about the plot, this pitch painted the scene for the film.

Where can you watch Where Monsters Lurk?

At the moment, Where Monsters Lurk is unavailable to the public. A segment is available for viewing here: Columbia College Chicago’s Vimeo. You can keep up with the film on it’s Facebook Page.

Recently, the Film had its world premier at the Chicago Horror Festival, on September 25th, 2022.

The short story the film is based on can be found on Medium, here.