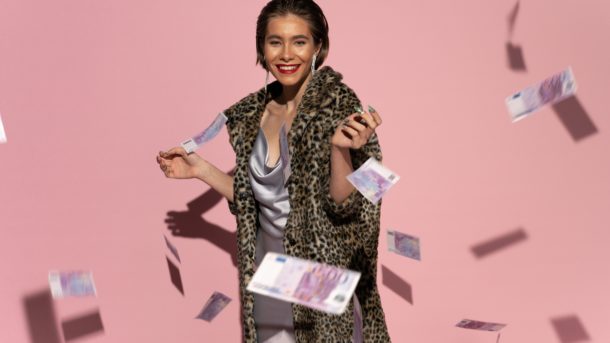 If you’ve found this page, you’re probably wondering, what are the best paying jobs in the film industry?

If you want to learn about the best paid positions in the film world, as well as the skills and education you need to get there, you’ve come to the right place. Want to learn more? Make sure to check out our sources at the end!

We broke this post into three focuses of a film’s production: Pre-Production, Production, and the roles that oversee the entire film.

These positions do most, or all, of their work before the cameras start to roll.

While these won’t be the best paying job in the film industry, many pre-production positions make very comfortable salaries. Some are also a great step on the way to those positions.

Screenwriters write the scripts for films – the dialogue, scenes, and action. They are the creator, or adapter, of the story being told.

To become a screenwriter, you’ll need to pitch full scripts to managers, agents, or producers, or get hired to write a script based on intellectual property. Most screenwriters start as assistant writers or network until their script is sold.

Storyboard Artists create visualizations of scripts. They are the artists who make the earliest adaptations of a film from script to visual media.

Some start in art school and take illustration assistant jobs before moving to film.

Production designers are responsible for a films physical elements, like props, graphics, locations, and sets.

A typical production designer starts with a college degree and a portfolio of short films, or they begin as an intern / production assistant for an Art Department.

Location managers find and secure filming locations. They do this by negotiating permits and rates, as well as and coordinating logistics.

No formal education is needed; instead, it’s based on networking. Most location managers start as an intern on sets, or work for a real estate agency.

Most start as art production assistants or graphic designers.

Construction Coordinators are the head of the construction crew responsible for building sets.

Most start in the construction field, rather than a film industry position – hard technical skills are heavily preferred in a role of this nature.

Costume designers work with the director to create the costumes used in films.

Most start with film, design, or fashion school, then become production assistants.

Production refers to the act of producing a film – actors on set, cameras rolling, the whole 9 yards. Naturally, production jobs are the ones that predominantly function while a film is being shot.

Not all production jobs are the best paying in the film industry, but they are frequently highly sough after positions, involved in directly creating the finished product.

Here’s a few of the top paid jobs in film production:

Cinematographers direct lighting and camerawork; they manage the visual presentation of a film’s scenes.

Most get a Bachelor’s or Master’s degree in cinematography, then gain experience through internships and film projects.

Camera assistants work under cinematographer, managing cameras, crew, and and the associated gear.

It’s all in the name: Camera Operators set up a camera and shoot raw footage

Operators typically start with a bachelor’s degree in broadcasting or film, but others come from a background in independent filmmaking.

The person in charge of a film’s lighting is known as a Gaffer – they manage every aspect of lighting a film, from choosing and managing equipment to setting it up for a scene.

Most Gaffers start with film school or as a production assistant in the lighting department.

Head of the department that supports lights and camera. They have a wide range of responsibilities that vary from set to set.

Most Key Grips start as an intern or assistant in the lighting/ camera department – candidates that attended Film School are favored for this role.

Sound and special effects designer. These artists are in charge of the live effects that happen in a film – from pyrotechnics to car crashes.

Note: frequently SFX is used as a broad term to encompass this role, but individual artists specialize into their own niches. On large-budget film sets, these individuals will be brought in for specific needs – some people will be better versed in parachuting scenes, while others might focus on high speed chases.

Most start with formal training and then with assistant roles on a sound design team. Others might work as consultants, but have a non-film career background.

These positions are involved in every aspect of the filmmaking process, from pre to post-production.

These positions are most frequently filled by individuals with the most experience, largest network, and most success in film; it’s no wonder they’re the best paying jobs in the film industry.

Directors oversee all creative components of a film, including scripts, crew, and final production. They are the metaphorical captain of the ship, so they are frequently the highest paid in a given film.

How do you become a director?

Many directors attend film school, work as assistants or runners, and work their way up to the assistant director or floor manager. Others start as actors, screenwriters, or cameramen – transitioning into the role once they have the following, influence, or funds to make the jump.

Some directors start by creating their own short films – this helps them build a portfolio, a network of other filmmakers, and can even win them prizes in festivals.

We actually help short filmmakers fund their films – learn how you can win thousands for your first project here.

Producers oversee all aspects of the film, from the screenplay to post-production and marketing. They are in charge of securing financing for the film.

Some producers start as interns for production companies, working on smaller projects, or begin as writers, filmmakers, or actors.

Assistant directors act as living extensions of the director. They help with high-level decisions, as well as the more labor intensive aspects of film directing, like set schedule and inter-department coordination.

Many start on student films as interns, production assistants, or second-assistant directors.

Getting started is based on networking, although a good portfolio also helps.

While there are many ways to do it, we’ve got a few recommendations. There are online groups for production assistants, like Facebook Groups.

You can also break your way in with a portfolio of independent films. If you want to learn more about funding your first film, check out one of our contests, here.

Prop masters create and manage the props used in films.

Entry-level starts as a coordinator assistant in the Props Department then advance as they build their skills, experience, and network.

How do we know all this?

At The Film Fund, we’ve worked on films of all sizes – both on our own projects, as well as helping others.

While we can’t help shoot your next film in person, we can help you fund it! Make sure you check out our contests here, for more details on how easy it is to win thousands.

We looked through a lot of data, to find exactly which jobs were the best paying jobs in the film industry, If you want to dive a bit deeper, you can check out our sources below.