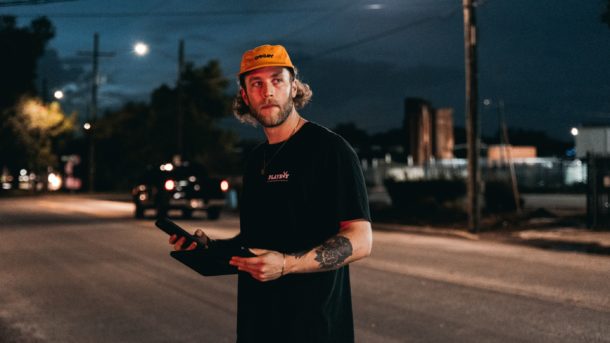 There is a long list of great filmmakers to look up to – why not learn from them? Today, we’ve gathered 21 of the best inspirational quotes about film, directing, and filmmaking.

If you’re learning about filmmaking, or want to hone your skills, make sure to check out our guides to being a director, or our overview on the best paid jobs in film!

“The characters in my films try to live honestly and make the most of the lives they’ve been given. I believe you must live honestly and develop your abilities to the full. People who do this are the real heroes.”

“I just want to tell good stories in ways that will shine a light on lives rarely seen on screen, because stories can push humanity forward.”

“When you’re doing films, just with friends, with no money, on a shoestring. You have to be able to do all the jobs… And it’s a wonderful way to learn everything.”

“If you have the opportunity for your art to meet activism, you shouldn’t pass that up when it comes your way.”

“I just made pictures I would’ve liked to see.”

Sometimes the best voice to listen to is the voice of experience. Check out these quotes for advice for filmmakers:

“There are no rules in filmmaking. Only sins. And the cardinal sin is dullness.”

“A good director’s not sure when he gets on the set what he’s going to do. I like directors who come on the set and create something that’s a little dangerous, difficult or unusual. The more ambivalent you are and the more uncertain you are, then you can get something that you cannot anticipate.”

“A director must be a policeman, a midwife, a psychoanalyst, a sycophant and a bastard.”

“You can’t just sit there and do the lines. You have to do something that is revealing and original.”

“People have forgotten how to tell a story. Stories don’t have a middle or an end any more. They usually have a beginning that never stops beginning.”

“The first thing you should do with an actor is not sign a contract with him. Take him to dinner. And then take him for a walk afterwards.”

“Everybody in the audience is an idiot, but taken together they’re a genius.”

“I like directors who come on the set and create something that is a little dangerous, difficult, or unusual.”

“The best director is the one you don’t see.” – Billy Wilder

“Making movies is little like walking into a dark room. Some people stumble across furniture, others break their legs but some of see better in the dark than others. The ultimate trick is to convince, persuade.”

“If you have to have a job in this world, a high-priced movie star is a pretty good gig.”

“Hollywood is great. I also think it’s stupid and small-minded and shortsighted.”

“Eighty percent of success is turning up.”

These are some of our best quotes about filmmaking. Did we miss one? Comment your favorite below.

If you’re a filmmaker, make sure you don’t miss our funding contests. Win thousands of dollars for your film – all you have to do is enter a sentence!