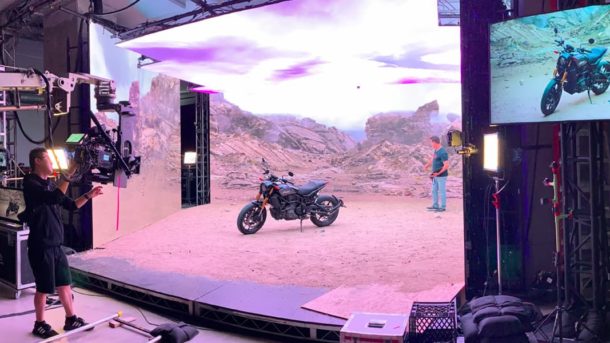 We are not going to pit Unreal Engine vs. Unity here. They each have their own merits, although we do feel that it is easy to learn Unreal Engine. Instead, we want to focus on the way in which they are helping to shape modern filmmaking.

Increased Usage In The Filmmaking Industry

In the past, animators would often work for months and months when creating even the smallest of animations. This is before you even have to think about the huge amount of time it can take to render an animation. Both Unreal and Unity have completely changed this.

The main feature of these engines is real-time production. Filmmakers are able to see changes to their animations in real-time. No need to render. No need to worry about costly mistakes making it into movies. These engines have helped to speed up workflow. This translates to lower production costs and fast film production. This is perfect for independent filmmakers.

The real benefit from the use of these engines comes when you add an LED wall into the mix. LED walls have allowed filmmakers, both independent and from larger production companies, to craft amazing scenery on a budget. Both Unity and Unreal can help to create beautiful animations and images that are displayed with these LED walls.

The real-time production features of the engine can come in handy here. There will be no need to dismantle scenery to get that perfect shot. A user of Unity or Unreal can make changes on the fly. This means that the look of the background can quickly be changed without the need to dismantle locations or head to a new place.

Unreal Engine has benefitted plenty of filmmakers. For example, you will have seen it used in Rogue One: A Star Wars Story and The Mandalorian. Unity has been used in many productions, too.

One of the fantastic things about these engines is that they are free to access. You will have to pay licensing costs when the content is distributed. However, the actual creation and learning process is 100% free. Since these engines have been in use for an incredibly long time, there is a ton of content out there to learn them.

Epic Games, for instance, has teamed up with the team at Tribeca. Tribeca now runs a course specifically for those looking to use Unreal Engine in film production. Many filmmaking courses are also introducing this sort of engine into their curriculum. After all, it is something that is going to be used extensively in the film production industry going forward.

Looking For Funding For Your Independent Movies?

While Unity and Unreal Engines are free to access, hiring somebody to utilize the technology (as well as the LED walls to display the tech) can be costly, often stretching into the thousands of dollars. This can put it out of the reach of many independent filmmakers on limited budgets. If you have an idea for a film that you don’t quite have the budget for, then enter one of The Film Fund’s contests. You may be able to score funding to help bring your idea to life.