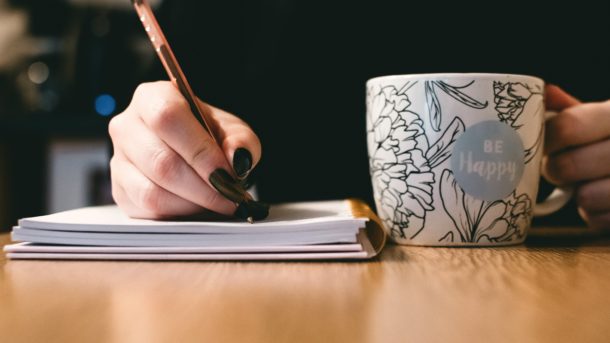 Are you a filmmaker with an amazing story idea that you’re dying to bring to the big screen? Look no further! The key to turning your vision into a film that captivates audiences everywhere is a strong logline.

Loglines are useful for pitching all sorts of projects, from novels to TV pilots to films to documentaries, and are especially helpful when it comes to pitching short films. So if you’re ready to get your film off the ground, having a solid logline in your back pocket is a must!

What exactly is a logline?

Simply put, it’s a brief, attention-grabbing summary of your film’s story and main conflict, often only one or two sentences long.

It’s a crucial tool used by writers and filmmakers to pique the interest of investors and get your film off the ground. In this article, we’ll give you the lowdown on loglines, including how to write a killer one and our formula for crafting the perfect summary of your film.

Why is writing a logline so difficult?

Crafting a logline that really sells your story can be a bit trickier than just summarizing it. You may be able to nail it in just a few minutes, or you may find yourself struggling to find the right words.

The key to a successful logline is to hook your audience with an engaging concept while leaving them wanting more. It’s important to remember that a logline is not a synopsis or complete summary of your film, but rather a brief overview that gives the basic idea of your story.

How do You Write a Logline?

Now that we understand what a logline is and what makes it so important, we can begin going over how to write one! In order to write a logline that will win you the attention of investors and audiences alike, you’ll want to follow these general steps:

If you aren’t thoroughly sure what your story is about, your logline will reflect it. You may find yourself overexplaining or at a loss for what to write. Make sure you know who your characters are and what starts their journey, as well as which struggles they are likely to face.

2. Use an Active Voice

Why should your logline be written in active voice? It’s simple: it adds a sense of excitement and urgency to your summary.

When the subject of the sentence is actively performing the action, it makes the logline more compelling and draws the reader in.

Using active voice helps to clearly convey the main conflict and plot of your film, making it easier for your audience to understand and become invested in your story.

3. Get Inspiration From Examples

Some of the best ways to get your creative, summarizing muscles moving is to simply look at other examples. Check out popular film loglines to see what was once successful.

You may not necessarily need a character as a villain mentioned in your logline to communicate stakes. Your character could be fighting against a negative feeling, or racing the clock, or fending off nature itself! No matter which, stakes are an important part of generating interest through a logline.

Your story’s protagonist is often the window the audience uses to see your film’s world. Because they are so important, your logline should include a clear statement of the protagonist’s goal.

With these five steps, you will seize the interest not only of the people you need to help you make your film a reality, but the people you are hoping to reach in the audience of your film.

Formula For a Great Logline

Here’s our to writing a great logline. While there’s no one way to write it, this formula should provide a great framework.

Try a sentence like: “When [compelling incident] occurs, [the main character] decides [to do something].”

Just make sure you don’t give too much away!

Here’s a few famous examples – notice how they entice the premise, without oversharing:

A chemistry teacher diagnosed with terminal lung cancer teams up with his former student to cook and sell crystal meth in order to provide for his family, his wife, disabled son, and newborn.

Two star-crossed lovers fall in love on the maiden voyage of the Titanic and struggle to survive as the doomed ship sinks into the Atlantic Ocean.

A young man is transported to the past, where he must reunite his parents before he and his future cease to exist.

Set in unoccupied Africa during the early days of World War II: An American expatriate meets a former lover, with unforeseen complications.

For more inspiration, check out our blog post featuring 21 Of The Greatest Quotes By Modern Filmmakers for some wisdom from the pros.

How Long Should a Logline Be?

A logline’s length is just as important as it’s content. In fact, if you don’t get the length just right, you run the risk of losing your reader, or confusing them, which is even worse. Investors want to know exactly what your project is about to determine whether or not it is lucrative.

If your logline is too long, they could wind up having too much to digest and spend time on. If it is too short, alternatively, the logline could run the risk of not having enough information for investors to feel comfortable helping you make your dream a reality.

Therefore, the question is, how long should a logline be?

Most loglines should be no longer than two sentences, at most. These sentences should be simple, well-constructed, and avoid too many commas. If you can’t read your logline out loud in one breath, go back to the drawing board!

Now that you know the ins and outs of loglines, it’s time to put your newfound skills to the test!

Make sur you check out our short film funding contests and submit your logline for a chance to bring your film to life.

With the right logline and a compelling story, you could be on your way to having your film viewed and celebrated by audiences everywhere. Don’t wait – submit your logline today and take the first step towards making your film a reality.