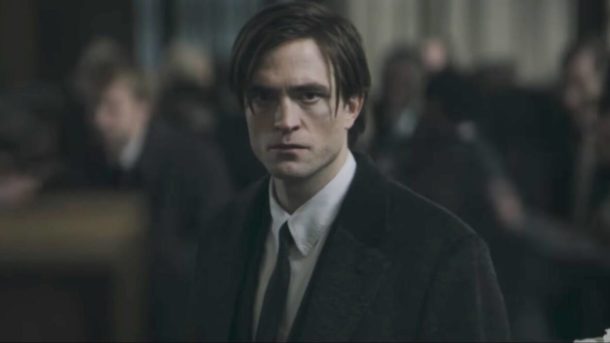 A lot of people are writing about Matt Reeves’ The Batman. It has only just been released. However, this is a movie that feels much darker than previous Batman movies. We now have a Batman movie that is as dark as Batman can get. A Batman movie that has been compared to one of the darker modern Batman storylines— The Court of Owls.

We figured that it would be great to tap into some of the film theory surrounding the movie.

Realism in The Batman

Batman has always been about high-tech gadgetry. Sure, it makes an appearance in The Batman, but the movie has a much more realistic tone. It is very grounded. The movie really feels like something that could happen in our world rather than some faraway superhero universe.

By all accounts, Matt Reeves leaned incredibly hard into the realistic outlook. Batman’s suit looks like it has been cobbled together from parts that Batman has found laying around his home—although, a rich person’s home! The suit has a design that looks easy to fight in.

Even the supervillains have a more realistic look to them. Gone is the cartoonish The Penguin character from past movies and comics. Instead, we get a character that has all the classic elements of The Penguin but really feels as if he is living in our world.

Formalism in The Batman

Of course, at the end of the day, The Batman is still a superhero movie. This means that the realism has been mixed with a dash of formalism, although not so much that the movie doesn’t end up feeling grounded.

Special effects are scattered around the movie, and the sound editors have done brilliantly in bringing the world alive. In order to keep the more realistic feel, even the elements that meet the formalism definition have utilized sounds from the real world e.g. the Batmobile. This is something that helps to keep people in the action.

Neo-Noir Style In The Batman

One thing that everybody has been talking about with The Batman is the neo-noir style. In fact, read just about every review for The Batman and we can assure you that they will mention neo-noir at least once. It is a very “in your face” element of the movie.

This movie is dark, both thematically and in the way in which the movie has been lit.

While the movie doesn’t use Dutch angles as much as other neo-noir films, you will see them used every so often. It creates a general feeling of unease and, surprisingly, it does pull you into the feelings of the classic Batman TV show that used them extensively. We absolutely love that link.

Of course, the main neo-noir element is the use of darker lighting and plenty of shadows. Some have argued that this is the darkest Batman movie ever, and they mean it quite literally. Shadows are used heavily to show isolation. To show that Batman is a man that travels through the darkness, often on the cusp of being between good and evil, much like any vigilante.

We won’t go too heavily into the thematic elements of The Batman, just in case you have yet to see the movie. However, rest assured that it does bring in classic neo-noir elements such as isolation and the blurring of good and evil.

Editing in The Batman

While The Batman has come under fire for having an overly long runtime, we must say that the editing on the movie is especially tight. The pace is kept nice and fast during the action scenes, and it helps to pull you into the fast-paced world of Batman.

However, the action slows down in all of the right places. It really helps the story to breathe. As we mentioned before; the movie plays heavily into the neo-noir style. This means that the editing gives the movie quite a ‘mystery’ feel, or perhaps a feeling of unease.

We think that it is the editing style that really separates this Batman movie from the ones that come before it. Perhaps the only one that has really come close to slowing down the pace has been The Dark Knight Rises, as there were elements where Bruce Wayne could just be Bruce Wayne. The editing really injects life into Gotham, rather than having it as a background in a Batman movie.

Of course, this is just scratching the surface of some of the film theory behind The Batman. This is a movie that is likely to end up winning awards, so if you haven’t seen it yet, we suggest you do. Carry out your own analysis, and you will likely see many of the elements we have discussed here…plus a lot more.