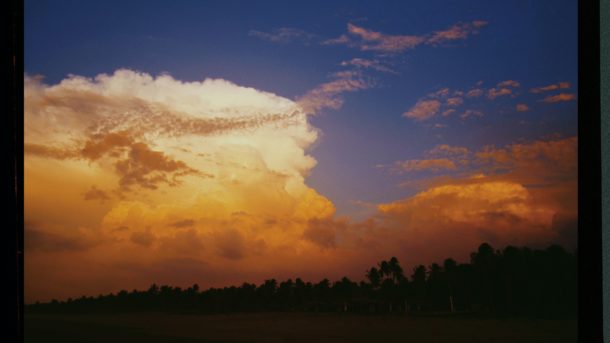 A brief guide for Filmmakers, Cinematographers, and other video creators.

“The aim of art is to represent not the outward appearance of things, but their inward significance.” – Aristotle

Art is hard to define. Some, like Marriom-Webster, consider it to be the object produced:

“works (as pictures, poems, or songs) made through use of the imagination and creative skills”

But does that not limit the method of production? Sure, the Mona Lisa is art, but is a print of it? That print is a mere reproduction; made with some resemblance, but no imagination, creativity, or love.

“works created by artists : paintings, sculptures, etc., that are created to be beautiful or to express important ideas or feelings”

While this one focuses more on intent, it still has some issues: Is the work dependent on the title of the creator (‘artist’)? This also limits art to decorational pieces; can a bridge not be art? A building? Currency? While these things do pay mind to their aesthetics, their purpose is not to express feelings – they are more functional in nature.

Creating art, no matter your medium, is in some part the process of projecting oneself – creating a piece of yourself externally. This piece of you represents the time, intention, beliefs, and experiences of your life. The end product of any filming effort is the result of hundreds (if not thousands) of decisions; decisions that come together around the vision of one or many people to create the final work.

If that’s not art, what is?

In this blog, we want to discuss finding your own tone. Much like art, it’s hard to define; most people just ‘know it when you see it’. While we make no effort to define it, we do want to highlight some consistencies in tone from notable filmmakers. We also want to give you a few tips on how you can find your own unique filmmaker’s tone.

Let’s start by going through three different filmmakers, each with their own recognizable tone.

It doesn’t matter what Tim Burton movie you watch; you just know it’s Tim Burton. Even movies he only produced, like The Nightmare Before Christmas, are unmistakably Tim Burton.

He is, without a doubt, one of the most recognizable directors out there. But why? How can his tone be so iconic?

To start, Tim Burton is a fan of quirkiness, unusualness, and horror. (and casting Johnny Depp in his movies).

Tim’s style began in his youth. The quirkiness is a symbol of his isolation. Even if you look at Halloween costumes he made when he was younger; they are visually Tim Burton.

Of course, an iconic style isn’t always a blessing; Burton faced difficulty in his four years working at Disney. He was often left behind the scenes, drawing concept art. He noted in one of his books “I couldn’t even fake the Disney [art] style.”

Another creator who’s tone worked against him was M. Knight Shyamalan. For most of his career, his movies have a creepy, horror tone, with an unexpected twist. Look at The Sixth Sense, Signs, and The Village for that. M. Knight mastered the twist; a mastery that started to hinder him.

When you know a specific director is going to throw a twist at you, you start to expect it. Once you’re accustomed to his style, you are forever looking at the smaller ‘clues’ in the movie. While his films are undeniably well written, this style starts feeling more like a trope.

Stephen King is, of course, one of the most famous authors in the world. He is known for his horror novels, although he has also tapped into a few genres. He is also famous for hating Stanley Kubrick’s work on The Shining movie. Despite being an author, Stephen King has tried to tackle directing a couple of times. First with Maximum Overdrive and then with the 2019 Pet Semetary.

While neither of the movies was particularly well-received, they did get particular praise for how Stephen King directed them. King is the master of atmosphere, and world building; a skill not limited to his writing.  The audience often finds themselves right alongside the characters, experiencing a dynamic, living world. This vastly stands out from the drab, nondescript backdrops of others.

How To Find Your Unique Filmmaker’s Tone

This is easier said than done. We can’t exactly give you instructions to ‘be creative’, instead we’ll give you a few tips that we really believe will help you to develop your tone. Finding your own style, like anything else in life, is a journey of discovery, self exploration, and experimentation.

Look At Your Favorite Directors

Perhaps the easiest way to develop your unique filmmaker’s tone is to watch movies. Lots of them. Find out who your favorite directors are. Make notes on what you do and do not like about their tone. The best filmmakers will spend most of their time away from filmmaking actually watching movies. Most directors will also be more than happy to tell you which filmmakers influenced them most. You will start to see this influence in the work that they produce.

You may find yourself drawing heavily from their lead, especially early on. Instead of leaning away, or feeling embarrassed of this, examine it. The why  is far more important than the how, especially in the beginning. Consider why these elements appeal to you, why you prefer them over another method (hint: ‘Because I like it’ isn’t good enough).

This self inquiry helps you find your own path, and as you discover more and more of how you differ from these directors, you’ll do so intentionally and purposefully.

Books are another great resource. No man is an island – learn from others journeys. By reading from a whole host of authors, across various subjects, you can find their own biases. Look at how they develop a tone in how the characters act and the world around them. The tone of a book often translates well to movies (Remember Steven King).

Sooner or later, you are going to need to start making movies. As you make movies, your own tone will start to develop. You will like doing certain things and others you don’t really ‘feel’. Watch your movies back after, and take a look at the elements that you really felt were best for you. Think about what you should change.

Look For Feedback On Your Movies

This process, especially in the beginning, is difficult. Starting a new skill is always difficult, and in art especially it’s easy to take feedback personally. This creation feels like you, but only to you.

At the end of the day, your art is your art. However, that doesn’t mean that you shouldn’t seek a little bit of help. Show people your movies. Ask for comments about what they like/didn’t like. If they note that you spend way too much time developing a great world, but the music isn’t setting the right tone, then work on how you incorporate music into the feel of your movie.

Finding and developing your unique filmmaker’s tone is not going to be easy. In fact, it is a process that never really ends. You will forever be building upon your tone and creating something that is recognizably you. Look at your favorite directors and authors. Make movies. This is the only way that you will create something that is genuinely you.

Want a more in-depth breakdown of tone? Check out our analysis of Matt Reeves Batman here.